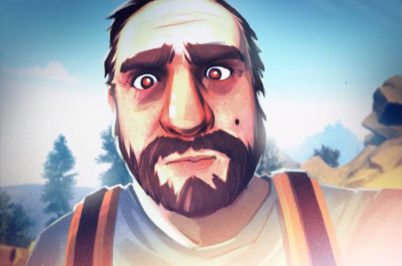 Henry is originally from Boulder, Colorado. Julia his wife, is suffering from early onset dementia. As a result, their marriage is rendered unstable due to his wife's illness. Henry decides whether or not to take care of her himself or put her in a home. She finally receives care and Henry gets a job for the summer as a firewatch post of Two Forks Lookout Area in Wyoming.

He receives a message from Delilah, his boss and fellow firewatch member. The two strike up a close friendship even though her lookout of Thorofare Lookout is a mountain over. He keeps in contact with her using his Radio.

Henry originally lived in Boulder Colorado. In 1975 one night when out drinking with friends he would meet his future wife Julia, a college professor of evolutionary biology, after an awkward first meeting the two would hit it off and quickly develope a romantic relationship. After dating for a year the two moved into an apartment together and adopted a dog.

In 1985 Julia begins to display symptoms of illness which is eventually revealed to be early onset Dementia. The stress of caring for Julia eventually drives Henry to begin drinking heavily. After trying to care for Julia she goes to live with her family back in Australia. This eventually leads Henry to accept the job with the forest service in an effort to get away from his problems.

Day 1: Henry departs his hometown of Boulder after joining the Forest Service's Firewatch program and is assigned to the Two-Forks Region. Upon arrival Henry hikes for three days to the tower where he is greeted over the radio by his supervisor Delilah. The two exchange pleasantries before Henry retires for the evening.

Day 2: Henry awakens late in the afternoon and is once again called by Delilah who begins to orient Henry on his jobs duties before she notices fireworks in the distance. Due to the present fire danger and a lack of any nearby ranger she sends Henry to deal with the situation. Henry hikes towards Jonesy Lake. After a short tumble down a small shale slide, Henry arrives at the lake to discover a small campsite littered with liqueur bottles and beer cans (that the player can decide to pick up.) He finds a two sets of clothes, backpacks, and a fire ring (player can stomp this out.) After confiscating the fireworks, Henry hears music in the distance and is lead towards the lake, discovering two sets of women's underwear along the way. Once at the lake he discovers two teenage girls blasting music, skinny dipping in the lake. The two quickly notice him and accuse him of being a peeping tom and pervert. After a brief verbal altercation the girls flee and Henry heads back towards his tower.

He is voiced by Rich Sommer, known for his role as Harry Crane on the TV show Mad Men.

Community content is available under CC BY-NC-SA 3.0 unless otherwise noted.